In October of 2016, Carson City SAR assisted the community with a trash cleanup in Kings Canyon. It was great to be able to help out, but also turned into a training opportunity for our new “Mule”, a one wheeled litter carrier designed for transporting patients in the backcountry. Some excerpts taken from the Muscle Powered website:

The Waterfall fire of 2004 scorched much of the landscape along what is now the Ash to King’s Trail. After the fire was out, plastic tree protectors were put in place to assist seedlings in the recovery process. Over 12 years later, the plastic devices lay scattered about the mountain, some still wrapped around the base of young pine trees. 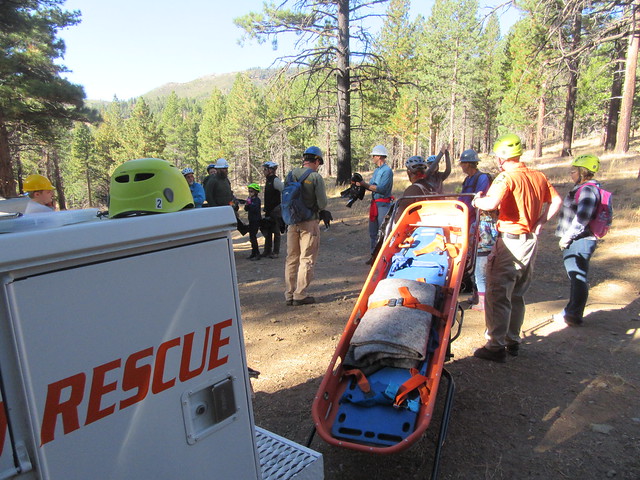 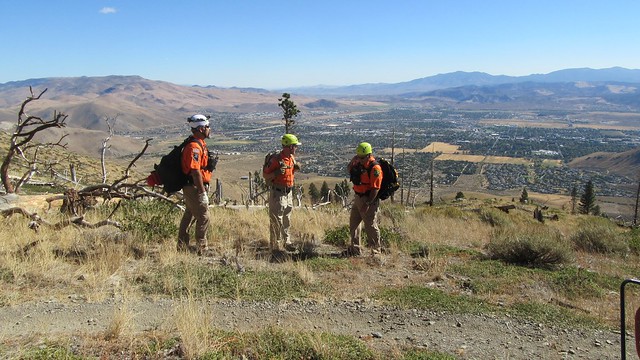 After receiving the safety brief from Muscle Powered’s Trail Coordinator, Jeff Potter, the volunteers split up into 4-wheel drive vehicles and the entire crew, including a Carson City Search and Rescue contingent, convoyed to the top of the Ash To King’s Trail, where the real work began. Armed with nothing more than plastic trash bags, volunteers gathered up thousands of the plastic tree protectors that lay littered along the hillsides. Teams made quick work of designated areas, as Todd Erickson had done his homework and marked several spots on the map where large concentrations of the plastic devices were located. SAR lent a helping hand and got some good training at the same time, practicing maneuvering a single-wheeled gurney loaded down with heaps of over-stuffed trash bags filled with the plastic tree protectors. 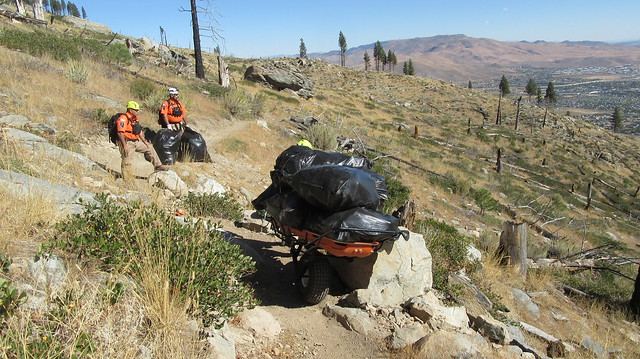 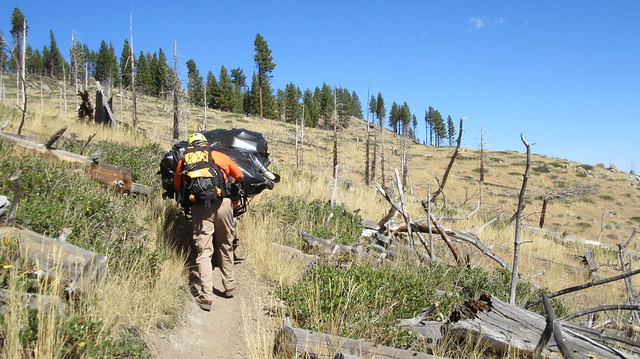 The volunteers worked throughout the morning, gathering hundreds of large leaf bags filled with the plastic tree protectors. There were so many bags that it proved difficult to get them all to the bottom of the hill where there was a 20-yard dumpster waiting to be filled with the debris. Pick-up trucks were piled high with the trash bags and the loads were strapped down to keep from falling during the descent. 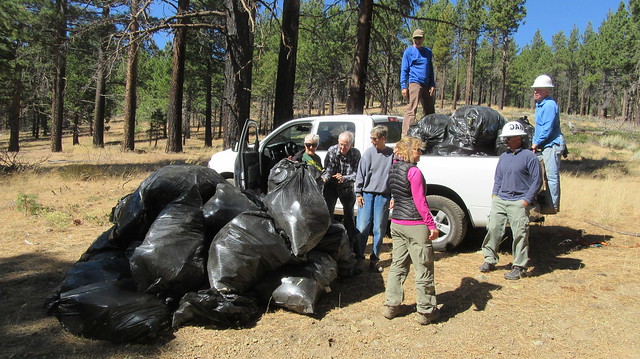 The event proved to be the largest attended Trash Mob to date. 30 volunteers worked 140 man-hours and filled a 20-yard dumpster (which was donated by Waste Management) to the brim with the trash collected.